Hockey is one of the most beloved sports in Canada, and it has the power to teach kids the values of practice and dedication, as well as teamwork. Here at Craig Dunn Motor City, we are excited to announce that Chevrolet is launching a new program called the Power of Play to give Peewee hockey teams that are a part of Hockey Canada the resources they need to play the best hockey, and be the best athletes and people that they can be.

Each participating team will receive a coach’s kit containing a variety of materials to help our kids be better players, but also to develop values. Not every child who plays the game will grow up to play professionally, but everyone who plays the game learns the value of working together and how much hard work and a good attitude can pay off.

What is in the Power of Play Coach’s Kit

Everything in the coach’s kit is meant to encourage players as well as provide couches with the supplies they need to help their students. These kits are completely free, all teams have to do is sign up! They include: 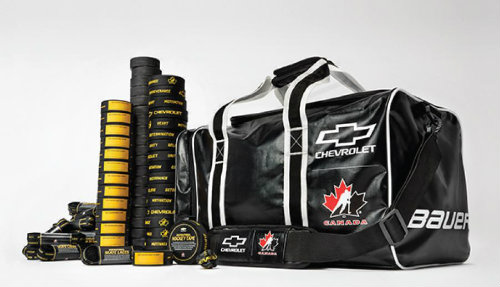 That starter tape ball is more than a cool way to have a piece of past heroes of the sport. Participating teams can add to the ball, and whichever team that creates the biggest tape ball will receive a $10,000 reward! Teams can turn in their ball between January and April 2016 at local Chevrolet dealerships like Craig Dunn Motor City. Each ball will be combined into one massive tape creation that will be displayed during next year’s World Junior Tournament in Montreal and Toronto. Just like we are all a part of the hockey community, every team will be able to participate in this contest, from the smallest tape ball to the most massive.

Read More: Do You Have To Warm Your Car Up Before You Drive?

The official launch of this program will be in just a few days at the 2016 World Junior Tournament. Tune in to see commercials and features about the program. You can learn more about this exciting program and sign up for your coach’s kit at ChevroletHockey.com.

What events are happening this October in Manitoba?

Where can we pick some fruit?