We mentioned earlier that Buick recently made the Consumer Reports’ top 10 automotive brands, and now Buick is being recognized again. This time, Consumer Reports awarded the Buick Regal top sports sedan. This is another huge boost to the Buick brand. They are proving that they are getting better and better at making vehicles that appeal to a variety of drivers.

It is rare for an American car to win the category of beat sports sedan, but the Buick Regal has impressed drivers as well as Consumer Reports. The Buick Regal has impressive capabilities combined with innovative safety and technology features and high quality comfort and design. It comes standard with a 2.0L engine that provides 259 horsepower and available all-wheel-drive. It is responsive, agile and fuel efficient, which are all the things you want in a midsize luxury sport sedan. The Buick Regal is not only well-equipped, but it’s also affordable.

Consumer Reports evaluated a variety of aspects to reach their conclusion. They looked at safety, performance, comfort, fuel economy, reliability and more. Reliability is based on information directly from consumers. Based on 1.2 million vehicles in their latest subscriber survey they tracked how models held up by evaluating what kind of repairs were being done. There repairs ranged from engine, transmission, and brakes to power equipment and the electrical system. Based on all of these categories, the Buick Regal won best sports sedan option.

If you are interested in learning more about the Buick Regal, schedule a test drive today at Craig Dunn Motor City in Portage la Prairie. See for yourself what other drivers and Consumer Reports are already loving about the Regal. If you are looking for a midsize sedan, this might just be the car for you!

Buick LaCrosse, Regal and Verano to have Sport Touring models for 2016

The Buick brand has always represented refinement, safety, and comfortable driving. Now Buick has unveiled a new series of Sport Touring sedans with an additional focus on striking design. This news comes after the announcement last month that the 2016 Buick Encore SUV would also be released with a Sport Touring trim. Now the stylish touches and technological advantages of the Sport Touring style will also be available on the Buick LaCrosse, Regal and Verano sedans. Keep reading for more information about these modes and the 2016 Buick Sport Touring release date.

Each of these Sport Touring sedans will be outfitted with a rear spoiler and special 18-inch wheels with machined faces and distinctive black “pockets”. When it comes to smartphone integration features, Buick will also be pulling out the stops for these vehicles with Buick IntelliLink in each model. The 2016 LaCrosse, Regal and Verano Sport Touring will also be capable of producing a WiFi hotspot through the integration of OnStar 4G LTE service.

This compact sedan will be even better with dual-zone climate control and eight-way adjustable driver’s seating. Matched with the new Sport Touring style accents, the 2016 Buick Verano Sport Touring is sure to deliver the same power and performance with an additional visual allure.

This spry and comfortable full-size sedan will be even more appealing with the Sport Touring external additions as well as remote start, eight airbags, and leather-trimmed seats.

The Buick Regal was named the Top Sports Sedan of 2015 by Consumer Reports. The new Sports Touring model will come standard with a rear view camera and leather trimmed, heated seats. These additions promise to make this midsize sedan even more popular for 2016.

The new Buick Sport Touring sedans are scheduled to roll into dealerships this fall. Schedule your test drive today! Check this space to be kept updated on the latest on Buick and GM announcements, or come on in to Craig Dunn Motor City! We can answer all your questions on these and other great vehicles.

Buick made an exciting announcement earlier this month: the Buick Regal GS is back for the 2018 model year and will feature a variety of new and improved features! We couldn’t be more excited about the announcement, so you know we had to pass the information along to you. Interested in learning when the vehicle will arrive in Canada and what new features and specifications it will offer? Keep reading and we’ll fill you in on all of the important details!

The 2018 Buick Regal GS is expected to arrive at Canadian dealerships beginning in February of 2018. The vehicle will feature a more refined transmission, AWD technology, heated and cooled front seats, and a five-door practical hatchback design. Additionally, the vehicle’s new 3.6-liter V6 engine will produce 310 horsepower and 282 pound-feet of torque, which is 51 extra ponies from the previous model. Standard features for the 2018 Regal GS will include: 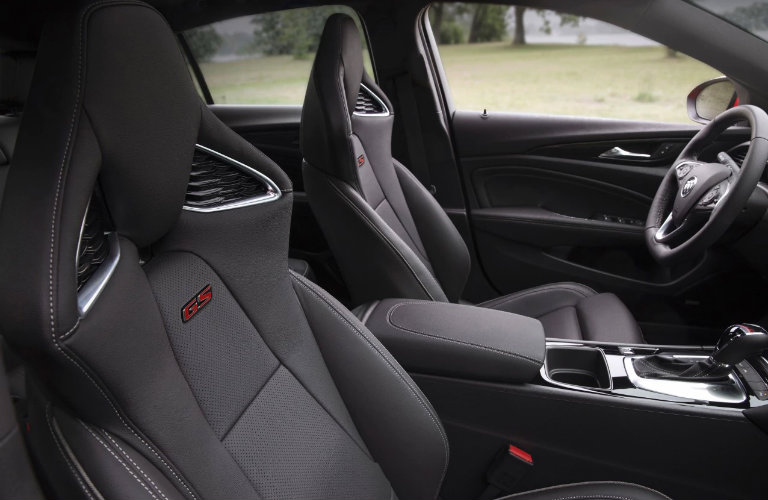 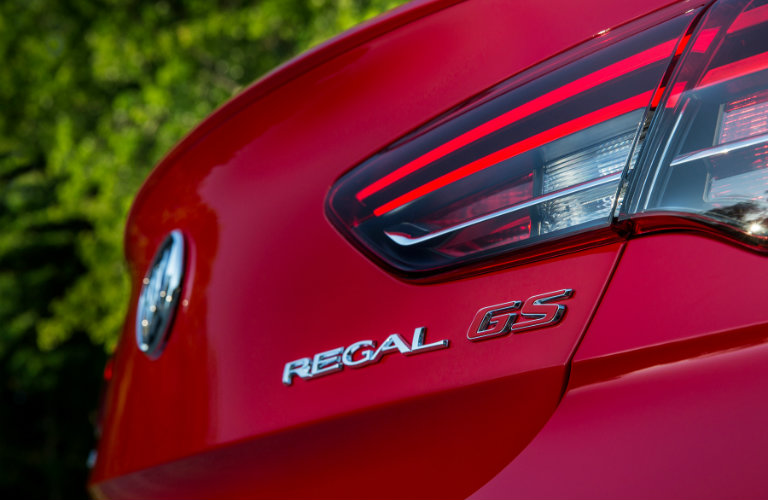 Although the 2018 Buick Regal GS isn’t anticpated to debut at dealerships around the country until the beginning of next year, make sure to keep an eye on our blog and we’ll let you know when we welcome the sporty sedan to Craig Dunn Motor City. In the meantime, feel free to contact our team with any questions about the upcoming vehicle!

Buick LaCrosse, Regal and Verano to have Sport Touring models for 2016