Today for Flashback Friday, we’re going to check out a vehicle that revolutionized the Chevrolet automobile: The 1955 Chevy Bel Air Sport Coupe. Debuting more than a decade before the iconic 1967 Chevy Camaro Z28 that would go on to capture the heats and minds of speed fans everywhere, the Bel Air changed the image of the Chevrolet brand from staid dependability to the sleek, and attractive (yet still extremely dependable) vehicles that we know today. 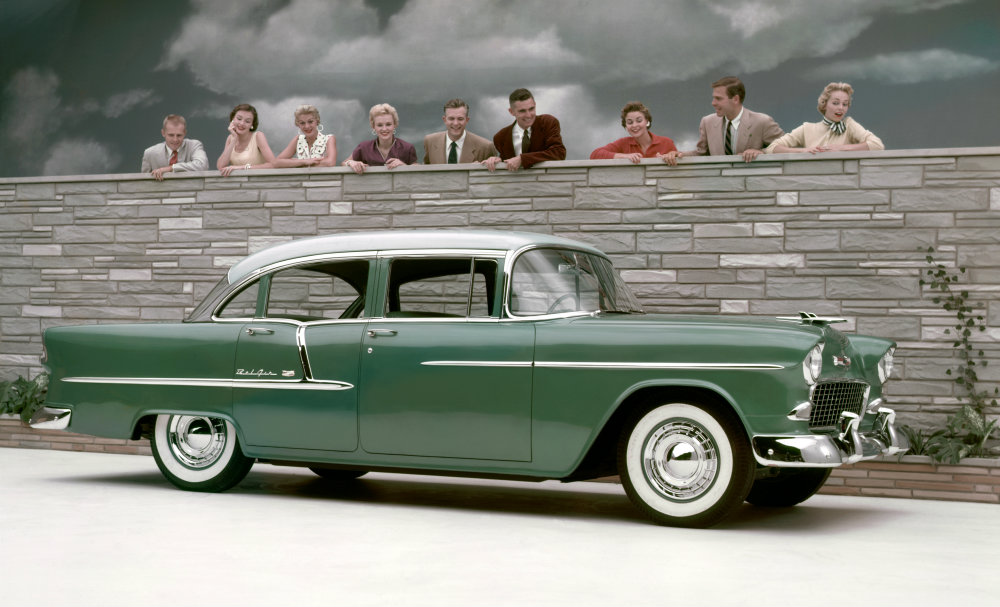 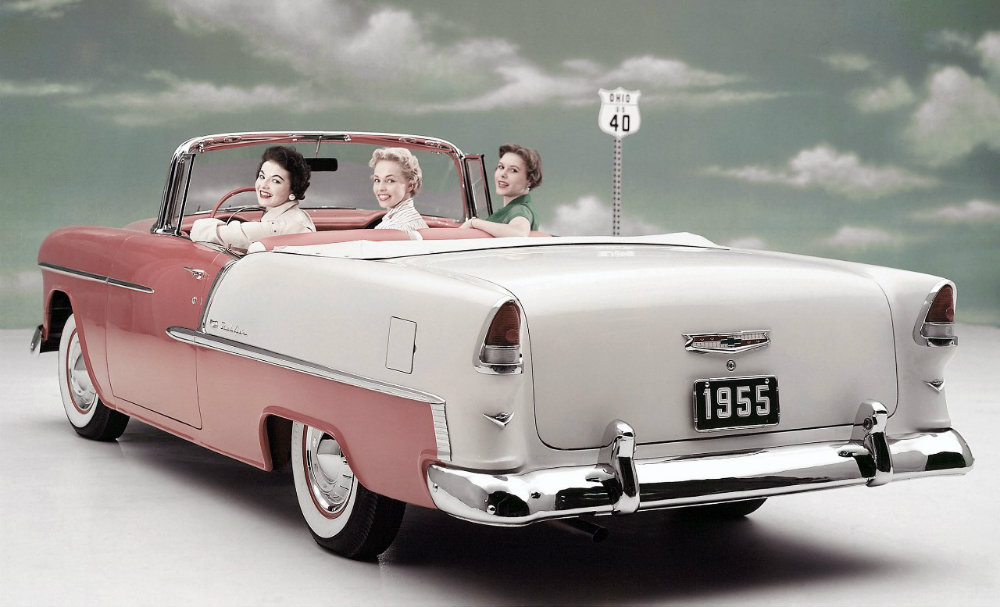 The 1955 Chevy Bel Air was stylish and attractive inside and out, and it brought a lot of firsts to the Chevrolet brand. The 1955 Chevy Bel Air Sport Coupe was available with advantages like a 12-volt (rather than 6-volt) electrical system, and convenience features (that we take for granted today because they are standard on most new Chevy, Buick and GMC vehicles) like air conditioning, power windows, power seats, power steering and brakes, and advanced radio options. The 1955 Bel Air Sport Coupe was a stunning combination of affordable and well-equipped, and it sold like hotcakes.

This sport coupe also made waves with its revolutionary available “Turbo-Fire” V8 small-block engine. While this was far from the first V8 engine to hit the roads (though Chevy trucks would not see V8 engines until the ’80s), the Bel Air’s engine was designed to be lighter and more compact than its processors. The basic design of this small block engine remains roughly the same today, even with new advances in fuel efficiency and power. 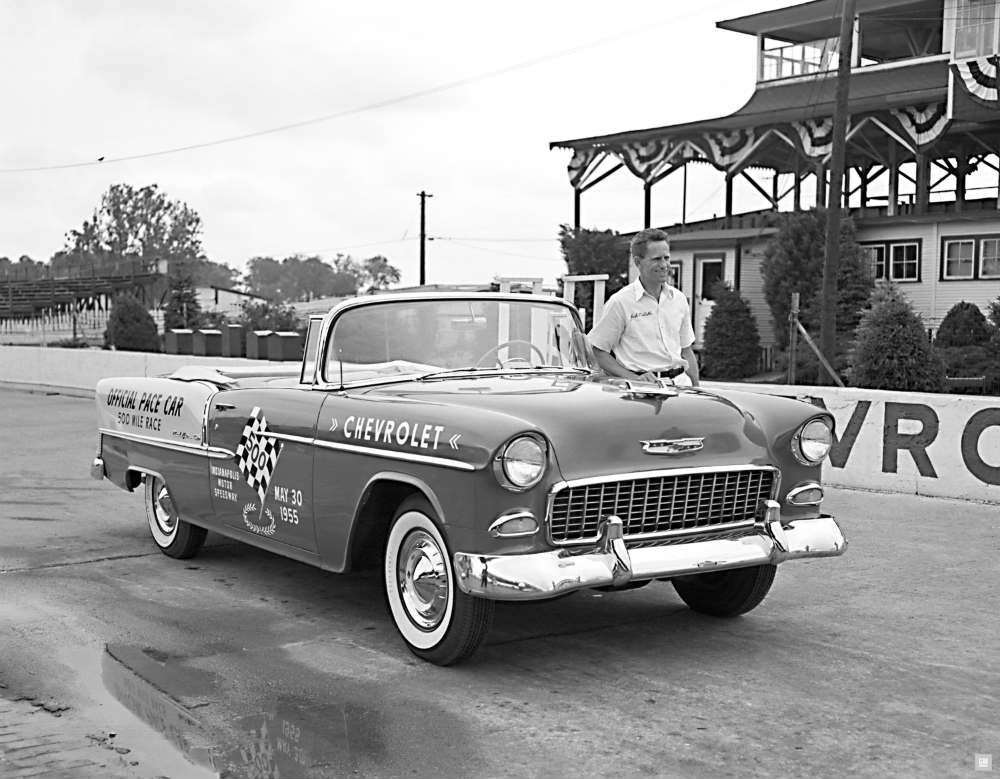 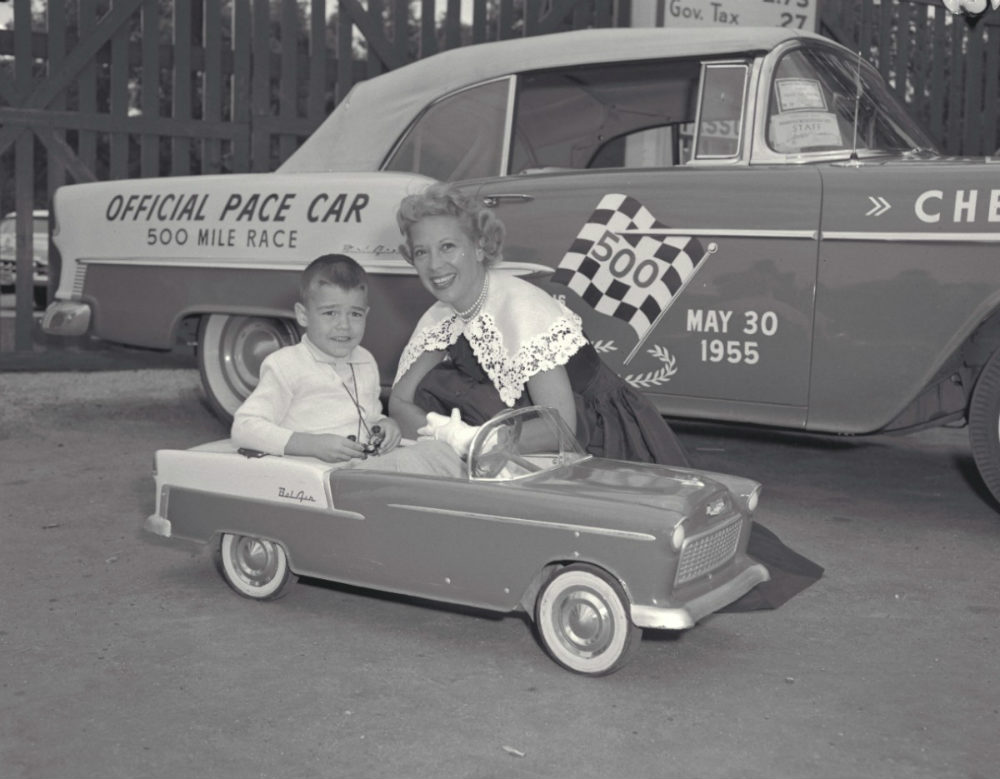 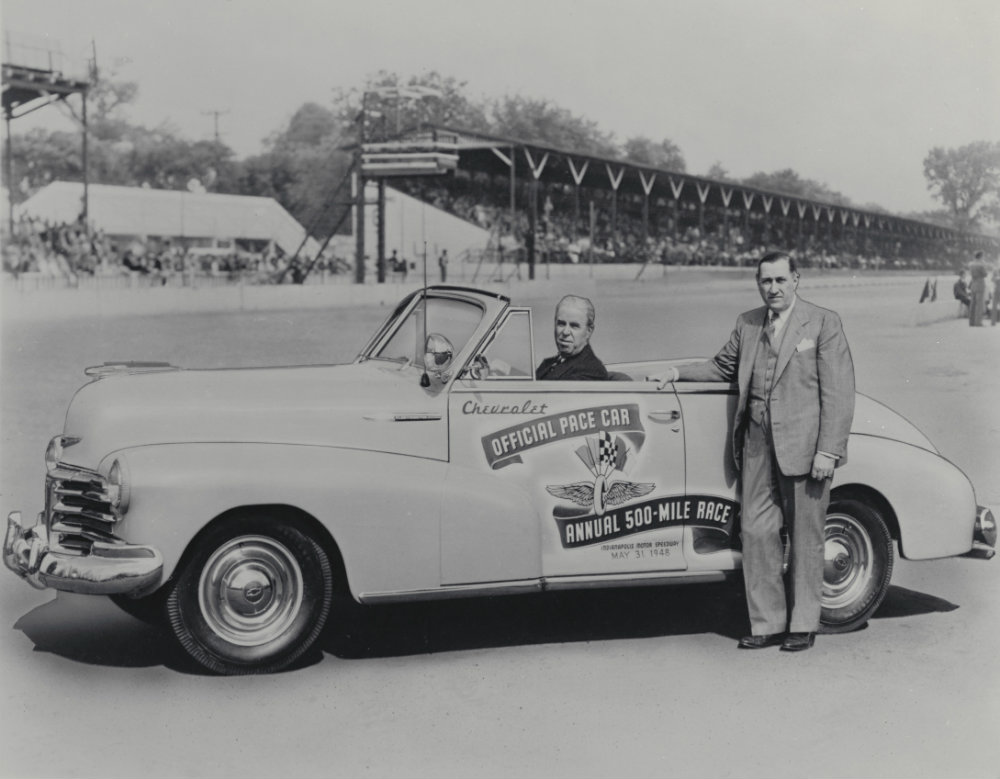 The 1955 Chevy Bel Air Sport Coupe, in addition to looking gorgeous and pumping out serious power, had other firsts as well. This model become the first Chevrolet vehicle to serve as the Indianapolis 500 Pace car (though it would be far from the last). We are delighted to be able to focus a Flashback Friday on this attractive and road-burning model.