We already knew that the 2016 Chevy Camaro was an excellent, powerful and engaging muscle car, but now there is even more proof that it’s not just a pretty face or an iconic nameplate. This year the all-new 3.6-litre engine in the 2016 Camaro was recognized by WardsAuto magazine as one of the ten best engines of the year for its outstanding power, feel, and fuel-saving technology.

Read More: The Three Engine Options of the 2016 Chevy Camaro

Available on the 2016 Camaro LT, the winning 3.6-litre V6 is rated for a breathless 335 horsepower and 284 pound-feet of torque. That is the highest specific output of any of the segment’s naturally aspirated V6. GM leaders are proud of their powertrain and research and development teams, and the engine gained praise for it’s power, but also its pricing and feel.“The 3.6 delivers the kind of power and lusty exhaust note you associate with a V-8 for the price of a V-6. Plus, it’s loaded with advanced technology, including fuel-saving cylinder deactivation,” said Drew Winter, director, Content at WardsAuto, in a recent Chevrolet press release. 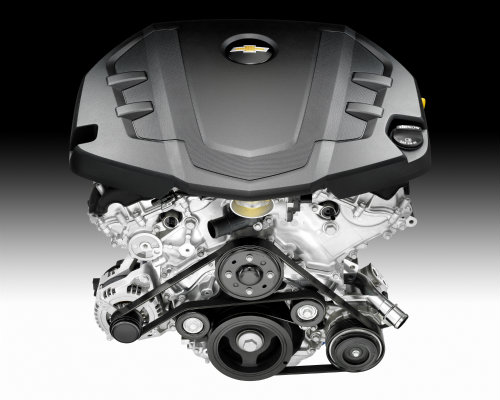 The winning 3.6-litre engine also features multiple fuel-saving technologies. The Active Fuel Management cylinder deactivation system is one which allows the engine to disable two cylinders when optimal power and accleration are not required. Direct injection and continuously variable valve timing also allow the Chevy Camaro with this engine and the eight-speed automatic transmission to get about 10.2 L/100km in city driving and about 8.4 L/100km in city driving.