The 2016 Chevy Trax Will Have A Midnight Edition

The Chevy Trax is an excellent small crossover. Powerful, well, equipped and stylish, we didn’t think it could get much better for those in the market for a small SUV, but it has! The Trax will now be available with a stylish Midnight Edition, which will bring a little intimidating pizzaz to the already engaging and fun form of the Trax.

The Midnight Edition on the 2016 Chevy Trax will go on sale in North America in February 2016. No news yet when or if this vehicle will be hitting our lot here in Portage La Prairie, but it’s always exciting to see new, bold vehicle models coming out in our Chevy vehicles. Keep watching this space for updates.

“Introduced just a year ago, the Trax has quickly become an important vehicle for Chevrolet, bringing in new, younger and more female buyers to the brand,” said Betsy Flegg, senior marketing manager for Chevrolet Crossovers in a recent press release. “The small SUV segment is the fastest growing in the industry and models such as the new Trax Midnight Edition provides customers an expressive option.”

Based on the LTZ trim, the 2016 Trax Midnight Edition will come with black wheels, bezels, beltline molding, and door handles. The rear license plate holder will also be black. The external colour, natually, will be black. In the interior, the seats will feature gray accents, while the floor mats will have gray piping, to allow the dark interior to pop. Previous vehicles that have received Midnight Editions include the 2016 Chevy Silverado and the 2016 Chevy Colorado.

Each Chevy Trax offers the handling and maneuverability of a small car with the utility of an SUV, including up to 1360 litres of cargo space. It also features a 1.4-litre turbocharged four-cylinder engine which can deliver up to 6.9 L/100km for highway driving and zippy acceleration. Each new Chevy Trax comes standard with an available Wi-Fi hotspot through OnStar. Click on the images below for a better view of the interior of a standard Chevy Trax. We’ll try to switch them out for the Midnight Edition when they are available. 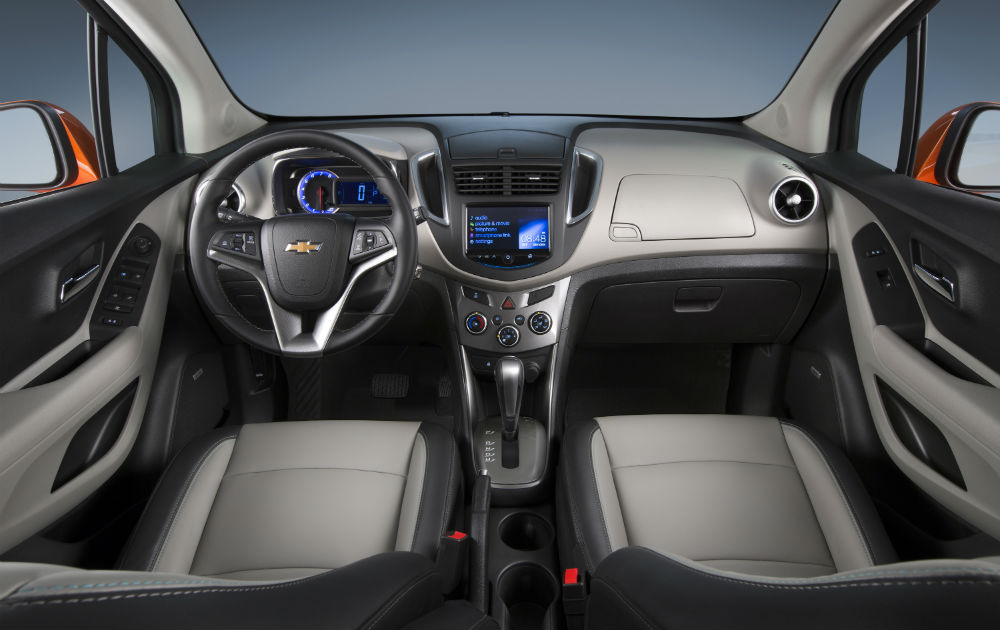 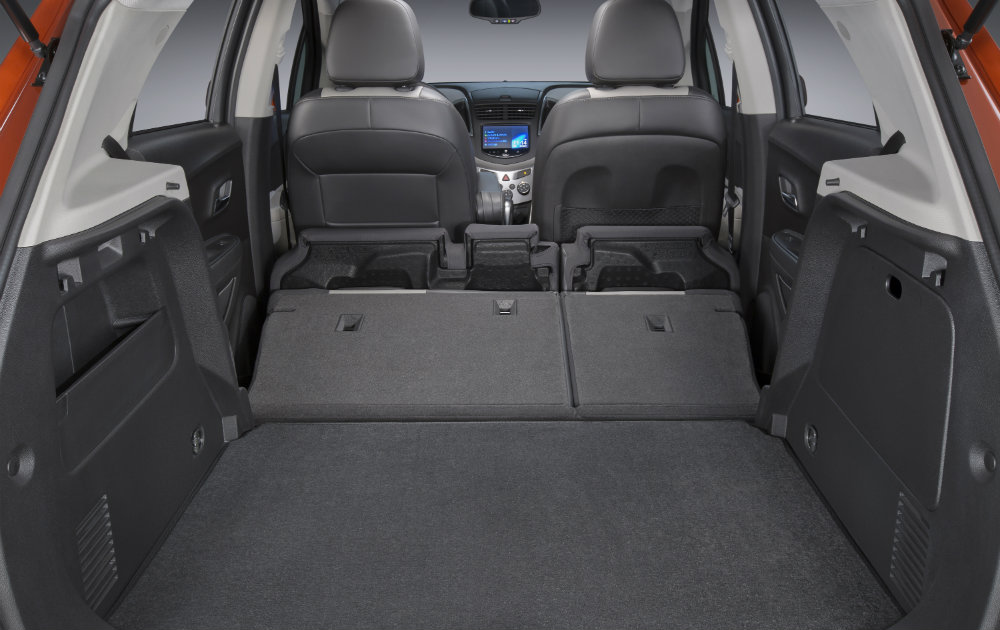