Every day advances in powertrain technology mean a better driving experience for General Motors customers. This often also translates into top fuel efficiency, whether that be for the new 2016 GMC Sierra with eAssist, the extremely efficient diesel powertrain on the 2016 Chevy Colorado, or smaller vehicles. Recently, the Automotive Journalists Association of Canada even named the 2016 Chevy Volt Canadian Green Car of the Year for its powerful and fun combined plug-in and gas engine efficiency.

Read More: How Does eAssist Technology Help Save on Gas? 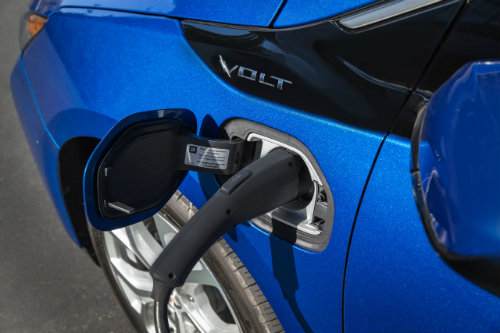 This isn’t the first time that the Chevy Volt has raked in the awards. The 2016 Chevy Volt also won the overall Green Car of the Year Award from the Green Car Journal. For the Canadian Green Car Award, the Chevy Volt went up against several top performing models from other manufacturers and still stood out as an excellent small car with premium environmentally-friendly features.

“Chevrolet is honoured to receive AJAC’s Canadian Green Car of the Year award, as it reinforces our commitment to being a leader in electrification,” said Laura Pacey, brand director, Chevrolet in Canada, in a recent press release. “The second-generation Volt is a no-compromise electric car, delivering up to 85 kilometres of EV range, greater efficiency and stronger acceleration, making it the most innovative plug-in vehicle in the industry.”

Will We Get the 2016 Volt in Portage La Prairie?

Awarded at the Vancouver International Auto Show last month, the 2016 Chevy Volt continues to stand out in the ever-more-crowded playing field of electric-vehicles. While we won’t be getting a Volt inventory here at Craig Dunn Motor City until the plug-in infrastructure has expanded enough for an electric vehicle to be practical for our customers, we do enjoy reading about the advances that we can look forward to in the future. For other information on cutting-edge electric Chevy vehicles, you can also check out our information on the all-electric 2017 Chevy Bolt.