We previously wrote about the Buick Avista concept car that made its debut at the North American International Auto Show (NAIAS), but we have even more exciting news now! In the month since that debut, the Avista has begun raking in honors for its sleek style and commanding presence. Keep reading to learn more about Buick Avista awards.

The first award that the Avista took was the EyesOn Design Award for Design Excellent in the Concept Car segment at NAIAS. With its sweeping, elegant lines, futuristic interior, and powerful twin-turbocharged V6 rated for 400 horsepower, the Buick Avista is everything that we hope to see in the grand tourers of the future. And, apparently, everything that the EyesOn Design Folks were looking for as well.

This was the second time that in a row that Buick has taken home the EyesOn Design Award for a concept vehicle. The first time was for the striking Avenir, which debuted last year at NAIAS. 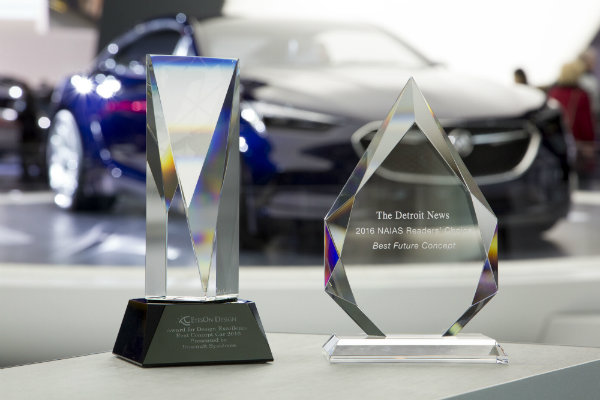 The previous Buick Avenir concept car brought visual concepts that migrated into other cars like the 2017 Buick LaCrosse. We can’t wait to find out what parts of the Buick Avista will transfer into future Buick vehicles.