Each year, the Consumer Reports Auto Reliability Survey identifies which vehicle in any given category receives the highest rankings for vehicle dependability and driver satisfaction. This year, in a monumental change, the new Chevy Cruze beat out the Honda Civic in delivering this top score. We’re going to do a little Chevy Cruze vs Honda Civic comparison to see where each of these vehicles excelled or failed to excel. 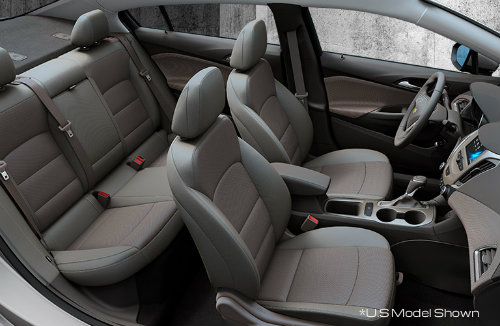 The 2017 Chevy Cruze Diesel sedan will have a Canadian starting price of $24,095 when it begins arriving in showroom in early 2017. That does not include a destination freight charge of $1,600, or taxes, fees, or any additional Chevy accessories. We believe that the new Cruze diesel will be a single trim option, but be sure to check on this blog in the future for updates. Some features that will be standard on this diesel model include:

What Engine Will Be In the 2017 Chevy Cruze Diesel?

The diesel engine on the 2017 Chevy Cruze diesel will be a 1.6-litre turbo-diesel engine. It will come standard with a six-speed manual transmission, but a nine-speed automatic transmission will also be available. We believe that this engine is the same model that will be available in diesel editions of the 2018 Chevy Equinox. We have no information yet on horsepower or torque outputs for these powertrains, but we assume that this engine will deliver on the fuel-efficiency advantages that usually come with diesel fuel. The 2017 Cruze Diesel is poised to become the only clean diesel engine option for Canadian compact car customers.

How safe is the Chevy Cruze?