We love how the 2016 Chevy Cruze sedan offers a stylish exterior and top features at a reasonable price, even compared to its well-equipped predecessor. Now we know that the new Chevy Cruze has not only held its spot as one of the most fuel efficient GM vehicles on the road, but has even reached new heights of driving economy. Keep reading for the great news about 2016 Chevy Cruze fuel consumption. 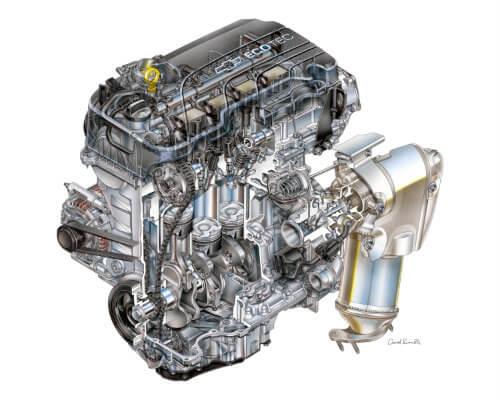 These fantastic numbers are boosted by the Cruze’s decreased weight for this model year, and efficiency technology like engine stop-start. This engine is matched to either a six-speed manual or six-speed Hydra-Matic automatic transmission. This powertrain is also rated for 153 horsepower and 177 pound-feet of torque.

All together, a 2016 Cruze LS with the new engine, compared to a similar model in the previous year, offers a fuel consumption improvement of 26 percent in city driving and 18 percent on the highway.

“The all-new 2016 Chevrolet Cruze is a more efficient and sophisticated evolution of the brand’s best-selling global car,” said Laura Pacey, brand director, Chevrolet in Canada, in a recent press release. “The next-generation Cruze elevates the segment with innovative safety and technology features that are accessible to compact car customers.”

This new engine and its fantastic mileage numbers are far from the end in fuel efficiency technology and styling advancements for the Chevy Cruze. A diesel model (which will offer even more impressive fuel efficiency) should be available in 2017 and a hatchback Cruze model will be available this fall. Watch the Craig Dunn Motor City blog for more information as it arrives.